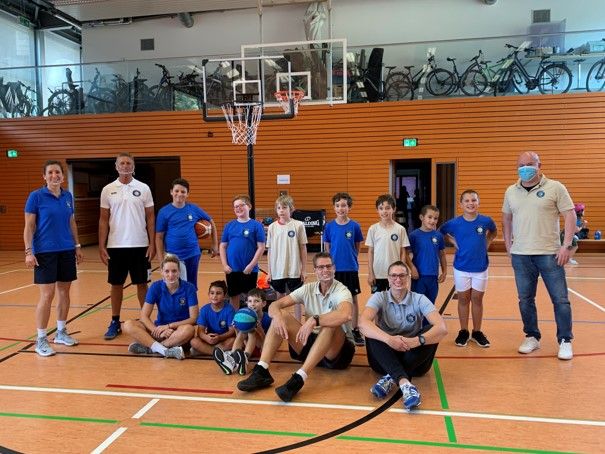 VIBBALL Echternach got extra support from Great Britain with having Kevin Coleman over as a guest coach. This founder of Swifts Basketball Club has much experience in coaching on many levels around the world and played and coached on Division 1 level in GB 🇬🇧. He also was involved with Britain’s iconic Crystal Palace basketball club as cadet player and owner and assisting the last year at Oklahoma City University.

He organizes many games and tournaments for teams with players with +40 and +50 age with Fimbagb. He shared his knowledge and enthusiasm with the next generation and enjoyed the motivation, energy and talent of our young players. The kids had a great experience and received their own VIBBALL t-shirt to wear during this 2 hour practice. We all look forward to next week. Let’s go VIBBALL Echternach!