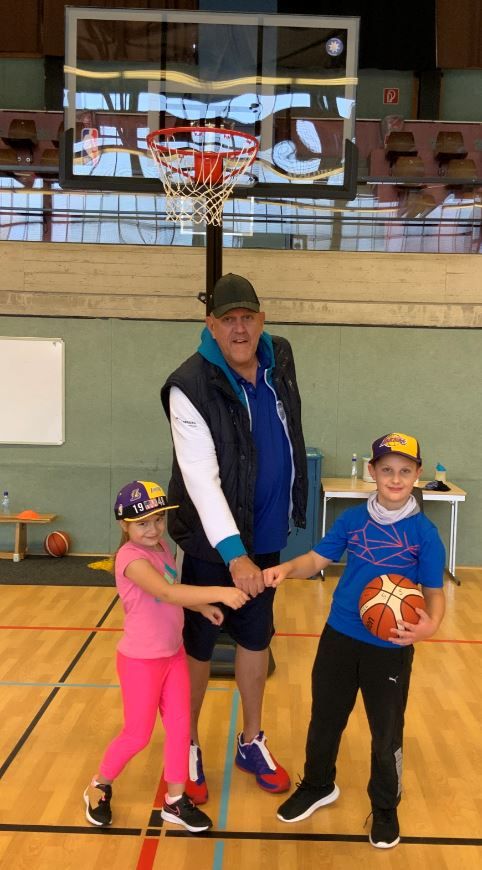 Former Luxembourg basketball star Marco Rock(Rocky) was visiting Vass Ildikó Basketball Club in Echternach today. Rocky played basketball in different clubs in Luxembourg and against other countries with the National team. He has also been coaching for many years and now he is the Head Coach of the Special Olympic Basketball Team of Luxembourg. He came to visit VIBBALL Echternach to encourage the importance of good basketball practices for the youngest players.

Rocky watched our VIBBALL6 and U10 practice and handed out two very nice NBA champion caps to the 2 winners of the Shoot-out game. Thank you Rocky and we wish you good luck for the Special Olympics in Nigeria in January 2021.